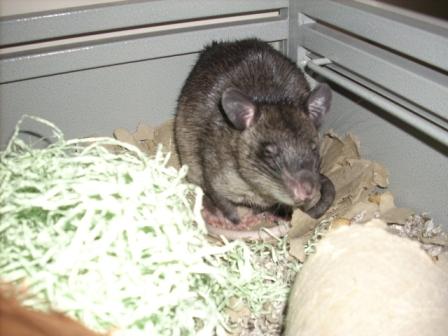 Danar as he was known was formerly Dan from Knowsley Safari Park’s pair of Pouched Rats. Unfortunately Dan was too shy for public interaction at the park so we gave him a home at UKpouchies. He was a very shy and timid young man but was gradually coming out of his shell once paired with Nerys. Danar sadly died 22nd December 2010 due to an infection caused from being neutered.