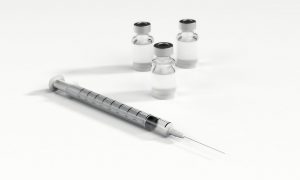 With the rise in pouched rat illnesses over the winter season this year, this means more veterinarians have been treating animals they know very little about. Indeed there is still so much regards pouched rat health that we still don’t know or understand as owners and breeders.

Through no fault of their own veterinarians are having to try treatments for illnesses that they would normally use on a dog, cat or other domesticated animal/pet that they have all had years of training, that has been tried and tested over decades of trials and research. However as I myself am all to aware of with the loss of my own Ziyal, not all medications are suitable for our pouched rats, especially when they still don’t fully understand what is causing our pouched rats to become ill in the first place.

There are some medications however that we have been able to discover may need to be used with caution as is the case with amoxicillin or avoided altogether. One such medication has been brought to light very recently with a pouched rat who sadly passed away after a veterinarian prescribed steroids. The pouched rat being treated was already on an antibiotic but was not improving as well as the vet had hoped so was prescribed the steroid to aid in the antibiotics effectiveness in treating the illness the vet believed the pouched rat to have.

It was confirmed that the seizures were a side effect of the steroids used.

The purpose of this article is not to scare people from seeking veterinarian advice or treatment if their pouched rat becomes unwell, in fact this is the first advice I give to anyone asking for help regards an unwell pouched rat, but it is to raise awareness when discussing the possibility of the risks involved of any medication that your veterinarian may suggest treating your pouched rat with, especially medications like steroids that have had a known side effect that has resulted in complications or the loss of life of a pouched rat. If by raising awareness of the risks of using steroids in the treatment of an unwell pouched rat then the loss of this pouched rat has not been in vain.

Please remember to use caution with any treatment and ask to be made fully aware of all possible side effects, as well as highlighting to your veterinarian of any known negative outcomes of medication they suggest to be used with your pouched rat that is known. We, including the veterinarians, are all still learning about these amazing animals and need to be working together to help improve the treatment and knowledge of pouched rat health issues.